Richard Alan Wermske is many things to many people, and nothing to many more. Richard does not like writing about himself in third person, so just accept that he is I.  Born an American, a Texan, and a Houstonian, I was a surprise, prom baby to young parents that would blossom into a split-household of two middle-class families.My extended family is dysfunctional going back three generations. 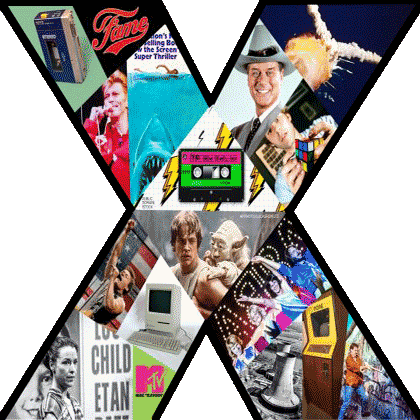 Born of the 1960's, I am a product of the 1980's. The Brat Pack were "my people." I identified with many of the roles and situations portrayed in that generation of cinema. I was also deeply affected by the evolution of music that took place in the late 70's through most of the 80's. Our "alternative" music would become mainstream. Our blue hair, parachute pants, and ruffles would, eventually, normalize. Although most will never realize, I cherish the friends I made along the way. The 70's and 80's were a time of innocence lost and extraordinary fear. I had some of the most wholesome, stable, and nurturing friendships. They were always there for me, even as I was unable to always be there for them.

On the net or in-game, you may have encountered me under any of a dozen other monikers (depending on where you may find me at play, lurker, or working). In-person, I default to formal use of names. I prefer my family name prefixed by a situationally appropriate honorific, role, or title.  In uncertain situations, I'll almost always respond to Mr. Wermske.

If we are clearly in a familiar or casual context, I prefer the shortened form of my given name, Rich. I have neither affinity nor distain for my middle name; it exists; it is undistinguishing; I have no use for it.

I am an ordained, non-monastic Buddhist; my ordination name is Ngông Minh, though I prefer to confine its use to a spiritual (sangha) context.

I rigorously compartmentalize my professional or public presence from other aspects of my life. I do this for two reasons: 1) to maintain the highest possible integrity for my professional clients, and 2) to protect my free exercise of religion, speech, assembly and the right to petition.

Lest someone make an inappropriate intuitive leap, in all compartments of my life, I am an ordained Buddhist in active recovery. I abide my vows as I understand them; I continue to take my personal inventory and when I am wrong I promptly admit it.  I don't always practice as well as I might be capable. I am human; I make mistakes.

To the best of my knowledge, my paternal lineage is just "all kinds of broken."  I know almost nothing of my biological, paternal grandfather.  My father and grandmother told me stories of aristocracy and the noble Von Wermske name.  It was all rubbish.  I was also told that my grandfather was Nazi Intelligence and was secreted to the United States at the end of WWII.  That too was disgusting rubbish.  The truth is far more mundane and, for the 1940's, potentially embarrassing. 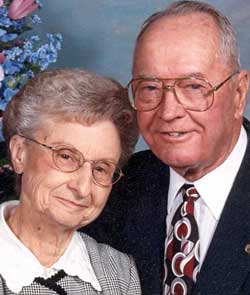 My present understanding is that my father was a WWII baby, the product of an affair between a Beautician and an Airman returning from war.  Donald was born August 22, 1945, in San Marcos, Texas (as evidenced by records in Hays County). His childhood is a black hole partially obscured by anecdotes that are not easily reconciled with the historical record.  Aside from a child, the only evidence of a relationship is the Henderson family bible (which I have).

Official records have yet to be discovered that Lloyd and Barbara were ever legally married or divorced.  That's not to say that no evidence exists (and if any evidence becomes available, I'll update the record to reflect such).  That said, there is very clear evidence that Lloyd married someone else (Patsy Jean) in 1950.  For Barbara and Lloyd, married or not, divorced or not, the fracture is obvious -- it also supports the vitriol, estrangement, and lies surrounding my father and his biological father.

I've had no contact with the Patsy Jean Wermske branch of the family tree.  From what little I've observed (and seasoned with a little imagination), I see them as good, wholesome folk -- the "Leave it to Beaver/Wonder Years" or Norman Rockwell family to my "All in the Family/Simpsons" experience.

I did reach out and connected with Lloyd through his church but was unable to arrange to meet him before he passed in 2014, at the age of 92.  I regret not having taken the opportunity to bridge that gap.  I occasionally find myself in North Texas, perhaps I shall grace his grave with flowers some day.

So natural curiosity (and the very limited number of living persons with the Wermske name) has led me explore my heritage.  I've traced the Wermske name back to Christian [Wermeskerch] Wermske; born in Germany, he lived from November 9, 1859 to July 30, 1952.  At present, only speculation addresses the name change.

With his wife Mary Uvoor Juver (1858-1918), Christian produced seven children.  The children took different names, some opting for Wermeskerch and some Wermske.  Of interest to me is their son, Matt Wermeskerch (1882-1964).  With an, as yet, unidentified woman, Matt sired three children, who all took the Wermske name, Opal, Donna, and Lloyd.  Lloyd Wermske and Barbara Henderson produced Donald Wermske.  Barbara Henderson, later to marry Roy Livesay, was one of two children born to Dr. Russell L Henderson (1895-1962) and Dora E Henderson (1895-1965).

I am the product of Donald Wermske and Carolyn Peacock.  Carolyn is the daughter of Maj. Lester Leroy Peacock and Barbara Belle Barth.  Through Carolyn, I have my maternal lineage.

Even though our babies can't speak the human tongues, they are constantly trying to find ways to communicate with us.  Whether through their ever growing vocabulary of meow-speak or their expressive body and contact language, they continue to amaze us with their ability to connect with us.  More likely though, they are training our responses as much as we are shaping their behavior. 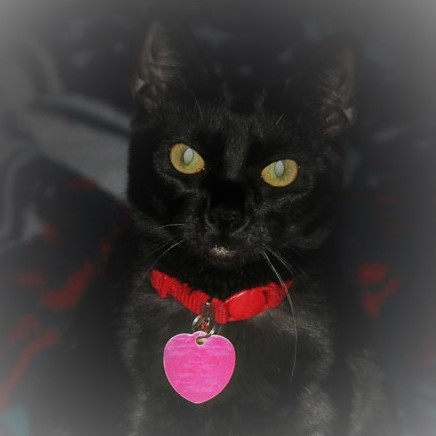 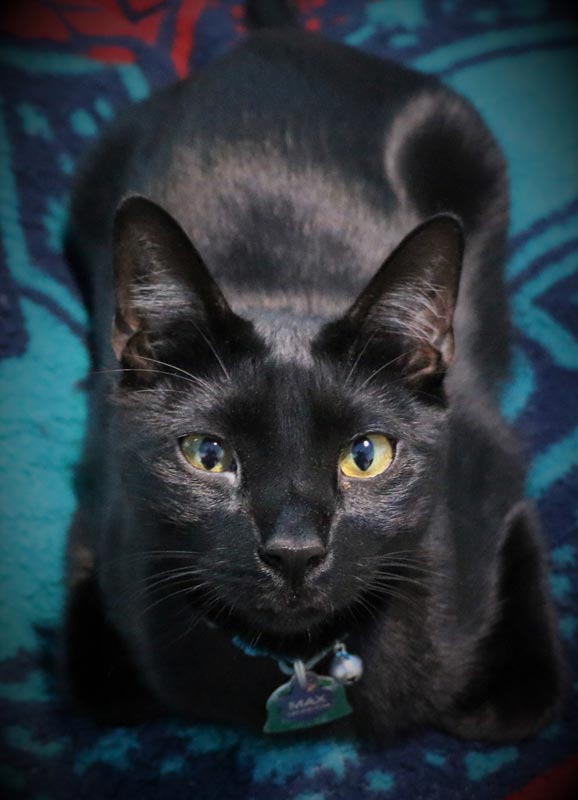 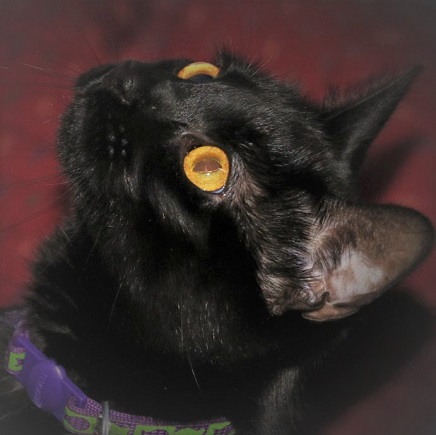 It is the unique little things that each of them do that lets us know, we are their family and they are our family. The two-way bond affects the rules of play, expectations, and things they will tollerate or demand. We have had the joy of nurturing them through sickness as baby kittens and watching them discover the well-protected world in which they live.

How does pragmatism shape my journey?  Pragmatism is a philosophical movement in the early 20th Century (the first quarter) which may be America's prime contribution to philosophy. However, like all movement, it is difficult to pin down what pragmatism generally represents. This is because we have no way of defining the ideas of pragmatism in a way that would satisfy all of its proponents. Each pragmatic thinker would conceive of pragmatism in a 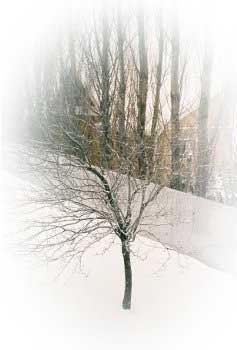 different way--and would handle the problematic of the movement uniquely.

Many people often take the mental and physical for granted because they don't realize that these are merely nominal concepts that were invented to help solve specific problems. This causes metaphysical and conceptual confusion. Various examples are the "ultimate Being" of Hegelian philosophers, the belief in a "realm of value", the idea that logic, because it is an abstraction from concrete thought, has nothing to do with the act of concrete thinking, and so on.

What does pragmatism mean...to me? Pragmatism does not represent me. I do not represent pragmatism. I simply proceed from the basic premise that the human capability of theorizing is integral to intelligent practice. Theory and practice are not exclusive properties; rather, theories and distinctions are tools or maps for finding our way in the world. I agree with the principle that, there is no question of theory versus practice but rather of intelligent practice versus uninformed, stupid practice. I'm still wrestling with the notion of intellectualizing practice instead of practicalizing intelligence. Theory is an abstraction from direct experience and ultimately must return to inform experience in turn. Therefore, a thing in an environment is sufficient grounds for pragmatist inquiry.

...and... what about the rabbit hole? The idealist and realist philosophy tends to present human knowledge as something beyond what can be defined or reconciled to a point where language permits conceptual sharing. These philosophies typically resort to phenomenology or to correspondence theories of knowledge and truth. Unlike some pragmatists, who want to reform philosophy or bring it more in line with the scientific method, I am interested in drawing upon it's potential contrarian approach to help bring order to tangential influcences that affect moral dilema and internal conflict. Thus, I'm inclined to criticize idealism for its a priorism, and realism because it it takes correspondence as an unanalyzable fact. While I might accept that pragmatism could range beyond psychological and biological exploration, I am an opponent of the teleological argument.

I simply appreciate how pragmatism tries to reach between knower and known 'works' in the world. And this affords me the grace of trying to simply "be" instead of "thinking" about "being."

The middle way describes the middle ground between attachment and aversion, between being and non-being, between form and emptiness, between free will and determinism. The more we delve into the middle way the more deeply we come to rest between the play of opposites.

The Middle Way refers to transcendental ways of approaching seemingly antithetical claims about reality. The Middle Way also presents a path of moderation away from the extremes of indulgence and self-mortification and toward the practice of wisdom, morality and mental cultivation. If we seek happiness purely through indulgence, we are 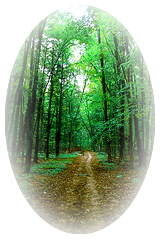 not free. And if we fight against ourselves and the world we are not free.

It is the middle path that brings freedom. This is a universal truth discovered by all those who awaken. Neither hedonist nor ascetic are to be imitated, for the Noble Eightfold Path weaves its way through life avoiding both these unenlightened lifestyles. The perfection of the Path (that is, the Middle Way), is the ripening of the spiritual life; it becomes a fruit ready to drop into the infinity of enlightenment…forever.

Living the Middle Way can take many different forms but all are ultimately intent on its original and continuous objective: Nirvana. To cultivate a right lifestyle – hand in hand with a mindful meditative practice – is to walk the Middle Way, which gives vision and understanding. We need to see things as they are – rather than as we want them to be. This understanding is the knowledge that in the things of the world there is no salvation or enlightenment.

The Middle Way is the realization that beyond erroneous egos and puffed-up personalities; we are the Buddha. To truly walk the Middle Way is to traverse this world in the knowledge that we are already enlightened – we just have to enlighten ourselves to the fact! Openly reflecting on the Way is to share with all sentient beings this wondrous hidden truth, helping us to let go a little of our greed, hatred, and delusion, the three poisons that tie us to a life of suffering.

Curiosity is a powerful motivating force that moves us forward. It propels us through doors and compels us to explore new pathways. The days progress, marking passage on our body and mind. We're continually breathing in the now -- chopping wood and carrying water; stepping from now to now in life. Are you still curious?
To be determined...