Are You Smart on the Higgs Boson 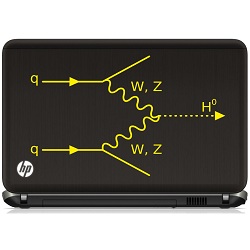 Scientists at the European Organization for Nuclear Research, known as CERN, announced yesterday that they’re even more certain than they were last summer (like, more than 99.999999999 percent sure) that they've seen a Higgs boson particle—even if it’s not the Higgs boson particle.

Why does it even matter? Well, let's start with, this is a discovery that could potentially change our entire understanding of how the universe works. So, to avoid being a complete nub on this issue, what do you need to know and what can you say if someone brings up the subject? 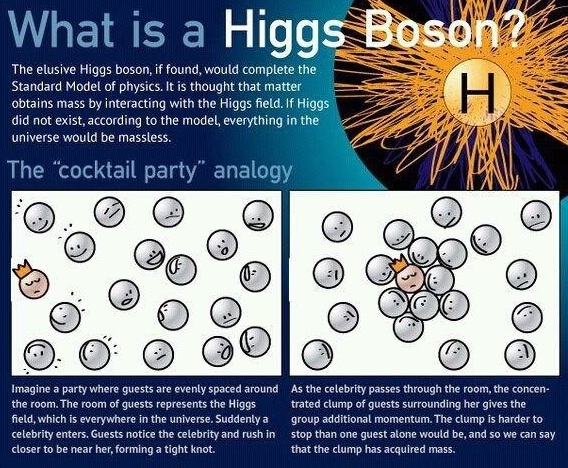 “Yes, but does it fit the Standard Model?”

The Higgs boson is said to be the last elusive piece of the puzzle in the Standard Model of physics, confirming our understanding of how particles acquire mass and experiences forces. The only question now is whether or not the Higgs boson the CERN scientists have seen is the one that fits in the Standard Model, and not a different model, which seems likely. “I’m confident that it’s a Higgs particle. I don’t need to call it Higgs-like any more,” said Joe Incandela, spokesman for the CMS team at Cern.

Peter Higgs is the British theoretical physicist that was one of the first scientists to theorize the existence of this new particle, the Higgs boson, back in 1964. There were some other physicists that had talked about it too, but Higgs got his name on it.

CERN is home to the world’s largest and most powerful particle accelerator, the Large Hadron Collider, a giant underground ring that’s almost 17 miles in circumference. Inside the LHC they can smash protons into one another at nearly the speed of light, and the collisions release a very small amount of energy that lasts for a fraction of a second that SOMETIMES contains a Higgs boson. Now you understand why it’s so difficult to be sure.

The Higgs boson is often called the “God particle,” but a) Higgs has said that was never the intention of Leon Lederman, whose book popularized the phrase, and b) there is nothing really god-like about it. Yes, it’s important, but more in a this-is-a-fundamental-question-of-physics and not in a THIS IS THE MEANING OF IT ALL way. If your goal is to sound half-way intelligent on this stuff, stick with Higgs boson.

Without it, we’re all just massless, meaningless subatomic specks of dust floating in space (kidding). If it turns out the Higgs boson doesn’t exist, or if there are more than one kind of Higgs bosons, scientists would really have to reevaluate basing assumptions on the The Standard Model of physics—the one we’ve been working off of for the past 40 or so years.