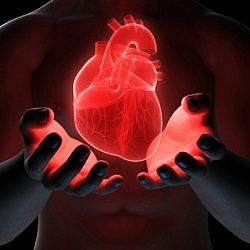 When Dr. Harry Selker was working as a cardiologist in the 1970s, clot-busting drugs were showing great promise against heart attacks. One medical treatment Selker is researching is a cocktail of glucose, insulin and potassium, known by its chemical initials GIK. More than 50 years ago, studies with baboons and rabbits indicated that GIK appeared to actually prevent heart attacks. The simple concoction protected heart muscles against damage. Selker says: "So it was very encouraging. It was extraordinary, really."

But the lifesaving properties of clotbusting treatments and/or mitigations are very time sensitive. "If you give it within the first hour it has a 47 percent reduction of mortality; if you wait another hour, it has a 28 percent reduction; another hour, 23 percent. And people were taking about 90 minutes to make that decision," he recalls.

Selker and his colleagues designed a study to test GIK in humans. Paramedics in 13 cities gave people who appeared to be having a heart attack either GIK or a placebo. The GIK didn't keep people from having heart attacks, but those given it were less likely to suffer cardiac arrest or death in the hospital. It also reduced the amount of heart damage by 80 percent. The results were published in JAMA in 2012.

Selker says that if additional research supports these findings, many lives could be saved with a simple therapy that costs less than a hundred bucks. Unfortunately, he soon discovered that knowing what needed to be done wasn't enough.

GIK is a cocktail of existing off-the-shelf ingredients. A company could invest in the additional research and work to get it out to patients, but there'd be no big payoff.

He is now in dialogue with the Food and Drug Administration about the details of a definitive clinical trial to determine the effectiveness of GIK in acute coronary emergencies. And like so many times before, he's continuing to reach across professional boundaries, working with policy experts, statistical modelers, anyone who can push the process forward.

Selker is hopeful that the next clinical trial for GIK will take place by early next year, moving one step closer to a tested treatment that could save lives.