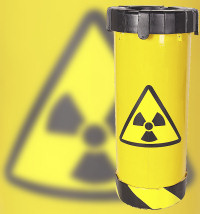 An Energy Department investigation has alleviated fears that a significant amount of plutonium was missing from a national laboratory, but it has also heightened concerns about flaws in the system for controlling the U.S. stockpile of weapons materials. The investigation began in February, shortly after a routine inventory at Los Alamos National Laboratory in New Mexico found a plutonium shortage estimated at 2.2 pounds, setting off a frantic national effort to determine what happened to the material.

The confidential investigation concluded this week that statisticians at the lab had miscalculated the amount of plutonium at its facility and that none was actually missing. Although the finding eliminates the worst-case scenario — that the material left the facility and ended up in rogue hands — it raises doubts about the lab’s management at a time of growing concern about nuclear terrorism. The inventory miscalculation follows more than a decade of security problems at the bomb design center, including several incidents of lost classified information contained on computers, electronic drives, and paper. An investigator for the watchdog group and a former security expert at the Energy Department said Los Alamos is overly confident about protecting plutonium. Officials at the local Energy office declined to comment.