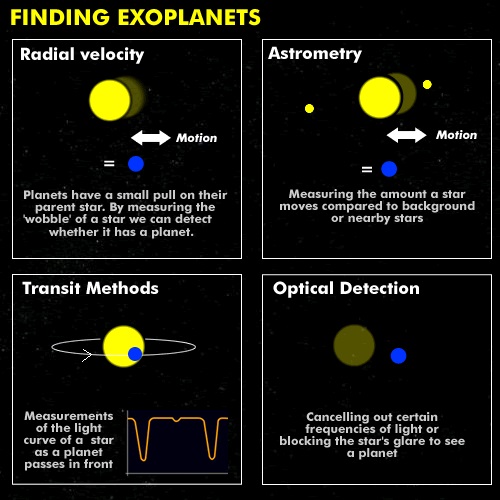 This week astronomers using NASA’s Kepler space telescope announced that the planet-hunting spacecraft had increased its catalogue by an additional 1,284 worlds. This is the greatest number of planets ever announced at one time. A paper summarizing the findings appears in The Astrophysical Journal. The total exoplanet tally now stands at about 3,200, and Kepler has found 2,235 of them, NASA officials said.

"We now know that exoplanets are common, most stars in our galaxy have planetary systems and a reasonable fraction of stars in our galaxy have potentially habitable planets," Paul Hertz, Astrophysics Division director at NASA Headquarters in Washington, D.C., said during a news conference today. "Knowing this the first step toward addressing the question, 'Are we alone in the universe?'"

Indeed, data gathered by Kepler and other instruments suggest that about 25 percent of all the "normal" (main-sequence) stars in the Milky Way harbor roughly Earth-size planets in their habitable zones, that just-right range of distances at which liquid water can exist on a world's surface.

"You can see, doing the math, that you're talking about tens of billions of potentially habitable, Earth-sized planets out there in the galaxy," Batalha said during today's new conference.

Like nearly all of Kepler’s worlds, the latest discoveries come from a single star-filled patch of sky in the constellations of Lyra and Cygnus. That’s where the spacecraft began to stare after its launch in 2009, looking for telltale dips in the light from 150,000 stars as planets flit across their faces. Kepler stopped monitoring that particular region of sky in 2013, after hardware malfunctions forced its operators to change its observing strategy. It now seeks planets around a smaller number of stars in a narrow band of sky around the sun in a new phase of its mission, dubbed “K2.”

Mission scientists have long known that some fraction of the dips in starlight that Kepler saw during its primary mission were due to imposters—double stars, variable stars and other astrophysical phenomena that can masquerade as the shadowy passages of planets. To narrow its findings down to real planets, Kepler’s team relied on painstaking, time-consuming observations from other telescopes on the ground and in space. As candidate planets piled up, however, this authentication process became a bottleneck, too slow and inefficient to keep up with Kepler’s flood of data. Yesterday’s announcement came from a new, more automated and statistical approach to validating Kepler’s candidates, pioneered by the Princeton University astronomer Tim Morton. “Planet candidates can be thought of like bread crumbs,” Morton explained at a press conference. “If you drop a few large crumbs on the floor, you can pick them up one by one. But, if you spill a whole bag of tiny crumbs, you're going to need a broom. This statistical analysis is our broom."

The technique analyzes the shapes of each possible planet’s dip in starlight and, based in part on the estimated frequency of various astrophysical imposters, calculates the probability that an actual planet produces each dip. Based on this analysis, each of the 1,284 worlds announced yesterday has a better than 99 percent chance of being an actual planet, and an additional 1,327 Kepler candidates are probable planets that failed to exceed the 99 percent confidence level. The analysis also dismissed 707 candidates as likely false positives.

In the meantime the most remarkable thing about the ongoing surge in planetary discoveries from Kepler and other missions is that it shows no sign of slowing down. A decade ago the announcement of even a dozen planets at once was considered sensational; now the bar has been raised, and announcing hundreds or thousands at a time is not guaranteed to be front-page news. Not even experts can keep up with all the planets that now fill the catalogues.

Soon the exploding field of planet hunting will become even more overwhelming. Kepler’s final catalogue is slated to appear in late 2017, potentially adding hundreds or thousands more confirmed worlds to the tally. Meanwhile, automated, all-sky, ground-based surveys are ramping up that could deliver Kepler-like numbers of planets. But the real flood of discovery will probably come from space telescopes. WFIRST is projected to find a few thousand planets in a survey of the Milky Way’s star-rich galactic bulge, and NASA’s Transiting Exoplanet Survey Satellite, launching in 2017, will perform an all-sky survey of nearby stars that is projected to net at least 1,500 planets. Even bigger numbers could come from other projects: Both the European Space Agency’s Gaia spacecraft as well as its PLATO (PLAnetary Transits and Oscillations of stars) mission, a sort of supersize Kepler set to launch in 2024, are likely to find tens of thousands more apiece.