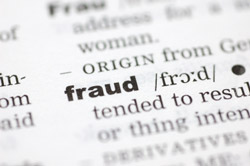 The charges against the pair carry maximum prison sentences of 30 years and millions of dollars in fines. They are facing criminal charges of conspiracy for falsifying books and records at both the broker-dealer and investment arms of Bernard L. Madoff Investment Securities LLC (BLMIS) in New York.

"The computer codes and random algorithms they allegedly designed served to deceive investors and regulators and concealed Madoff's crimes," said federal prosecutor Preet Bharara. "They have been charged for their roles in Madoff's epic fraud, and the investigation remains ongoing."

The FBI found handwritten notes in O'Hara's desk. "I won't lie any longer. Next time, I say 'ask Frank'" said one note, according to the FBI, a reference to Madoff's long-time deputy, Frank DiPascali.