Do Words Move You? 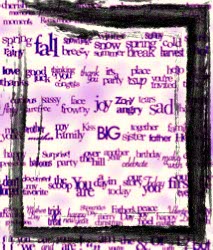 Have we forgotten how to experience the excitement that first-class literature was meant to instill? I stumbled upon this article. It's not earth shaking. The principle isn't revolutionary. The people are completely unknown to me. But it asks a question.

Can the lovesick violence of Wuthering Heights or the raw adventure of Moby Dick really make the heart beat faster?

It's a question that comparative literature student Paul Sopcak is exploring, using an intriguing mix of hard science and the arts. Who is Paul Sopcak? Does it matter? The German PhD student, studying at the University of Alberta, is researching the connection between literature and emotions in personal and moral development.

He is measuring readers' empathic responses to literary texts, exploring how much readers identify with a fictitious character's emotions, and analyzing that information on computer to pick out similarities and differences in reader responses. It's an interesting question.

The recipient of a $27,000 Izaak Walton Killam Memorial Scholarship, Sopcak was one of more than 300 scholarship winners and award-winning teachers honoured at the U of A's 12th annual Celebration of Teaching and Learning Sept. 21.

"Paul Sopcak is very deserving of this recognition for his outstanding interdisciplinary work in arts and science and contributions to the future of education," said U of A President Indira Samarasekera. "His leadership in voicing the importance of literature is inspiring. As an exceptional role model for all graduate and PhD students, we are proud he has received the Izaak Walton Killam Memorial Scholarship to continue his discovery and creativity at the University of Alberta."

Recent surveys have shown that literary reading in North America may be in a rapid decline, and Sopcak finds that worrisome.

"We read about events every day in the news, but it doesn't seem to really touch us," said Sopcak. "We can rationalize all the tragedies and happiness out there without having any implications for our lives; we don't develop a moral consciousness."

Sopcak, an avid reader as a boy, grew up in Germany and was schooled there and in France, all the while devouring novels and plays, including one of his favourites, Shakespeare's Macbeth.

Books helped answer questions the young man had about life.

"Many of my concerns as a young adult were thematized; I often found characters with whom I identified. Today, good literature offers an entrance into the richness of life that I sometimes forget in the everyday routine of things."

Literature - the meaty stuff that historical and contemporary classics are made of - has gaps that force us to form our own values, Sopcak believes. "We have to invest imagination and our own experiences to fill those gaps."

By contrast, genre fiction such as romance or mystery novels tends to fit into a pattern of response that doesn't challenge readers as deeply, he noted.

For his research, Sopcak has chosen excerpts from three texts, written by such luminaries as James Joyce and Virginia Woolf, which will be read by groups of 40 - 60 people. They'll be asked to indicate which passages they found most striking, and why. In his research, Sopcak will systematically question readers and observe their reactions while reading. Particular attention will be given to moments when participants read different elements of writing, such as alliteration or metaphor, because of evidence that such moments are marked by feeling. Later, he will examine video recordings of facial expressions to examine more closely these transient moments of feeling.

Sopcak hopes his research will prove scientifically the importance of literature. "In today's society, if we can't prove something is relevant, it gets marginalized. We need to find a new appreciation of the arts and a new relevance." Ultimately, Sopcak wants to see a change to the way the school system teaches literature. "The form of literary education that exists today is obsolete. Kids don't want to read it. The curriculum now makes them interpret text, not feel it." If students are encouraged to relate the story to their own life experiences, they may gain a genuine appreciation for the work, Sopcak believes.

"It's important to bring the arts and humanities back into everyday life. It's not 'Ivory Tower'."

Originally published by Bev Betkowski. Edited for my own purposes.