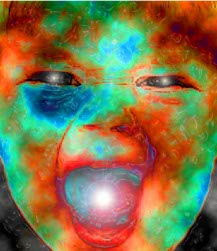 Disruptive and aggressive behavior in classrooms as early as the first grade has repeatedly been identified as a risk factor for this spectrum of problems later in life (Kellam et al., 2008).

The Good Behavior Game (GBG), a universal (classroom) behavior management method, was tested in first- and second-grade classrooms in Baltimore beginning in the 1985–1986 school year. Followup at ages 19–21 found significantly lower rates of drug and alcohol use disorders, regular smoking, antisocial personality disorder, delinquency and incarceration for violent crimes, suicide ideation, and use of school-based services among students who had played the GBG.

Several replications with shorter followup periods have provided similar early results. We discuss the role of the GBG and possibly other universal prevention programs in the design of more effective systems for promoting children’s development and problem prevention and treatment services.

The Good Behavior Game (GBG) is a classroom-wide, teacher-implemented intervention that aims to improve classroom behavior and introduce young children to the role of being a student and a member of the classroom community.

In 1985, in close partnership with the Baltimore City Public School System (BCPSS), we initiated a large-scale, developmental field trial of the GBG that was epidemiologically based and randomized. The trial was implemented in 41 first- and second-grade classrooms within 19 elementary schools with two consecutive cohorts of first graders. The results in young adulthood were reported in a supplemental issue of Drug and Alcohol Dependence in June 2008. Here we summarize the theoretical basis, design, and results of the trial, which together lead to three conclusions:

We also briefly review the findings to date of ongoing replication trials and address the implications of this work for researchers, practitioners, advocates, and policymakers. We believe that the underlying theory, data, and analyses support the development of a newly designed human development services system that integrates prevention and treatment and is closely interrelated with schools and classrooms.

The GBG was developed to help teachers manage classrooms without having to respond on an individual basis each time a student disrupted class.