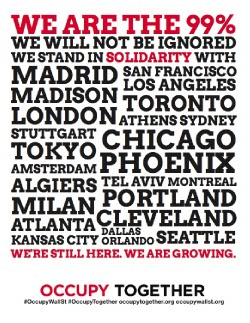 The Norquist Pledge has nothing to do with tax reform as understood by most American taxpayers. For example, the majority of Americans favor increasing -- rather than capping -- the marginal tax rates of the top 1%. (By the way, Americans for Tax Reform (ATR) -- a tax-exempt institution -- pays no taxes on its annual revenues of about $5 million per year, according to ATR tax forms.)

Grover Norquist even emphasizes that the pledge has no exceptions for war, natural disaster, or other misfortunes. For example, a signer of the Norquist Pledge isn't permitted to vote to increase tax rates on America's 1% -- even if such changes would be revenue neutral, and/or are desperately needed for a national emergency. Mr. Norquist's real goal (explained in his other writings) is to substantially shrink the size of government.

I oppose the Norquist Pledge for (at least) two reasons:

To counter this harmful situation, I propose the American Citizen's Anti-Norquist Pledge:

Finally, I would welcome your comments:

Steven Strauss was founding Managing Director of the Center for Economic Transformation at the New York City Economic Development Corporation (NYCEDC). He is an Advanced Leadership Fellow at Harvard University for 2011-2012. He has a Ph.D. in Management from Yale University.

Norquist notes proudly that he’s been pushing this pledge since 1986. Let’s take a quick look at how successful Norquist has been at inducing his signatories to “reduce the size of the federal government.”

You will obviously draw your own conclusions; however, once Norquist perpetrated his inviolable pledge upon our Nation's leaders, the great machinery of the state bent its collective will to the task of WHAT? ...cutting spending? ...reducing the size of the federal government?

So we have a balanced budget and pragmatism in Washington?

Spending and debt have exploded since politicians started deciding to let Norquist bind them to a policy of never raising enough revenue to pay for the spending they do?

It turns out that Republican politicians who break their oath to the Constitution by signing a superceding oath don’t care about deficits or the size of the federal government -- at least their collective action does not reflect it. Look back at the debt chart. If overspending was the real issue, then why a pledge that simply forces signatories to pay for all the spending they want to do?