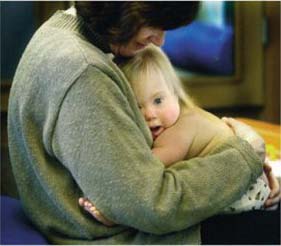 At a time when raising any child is challenging, educating a special needs child is particularly difficult. The federal government has passed laws governing education without thoughtfully funding the measures. As a consequence local school districts are breaking their backs and banks trying to satisfy these federal mandates.

Why is our federal government not fully funding their mandates?

Generally, it has been my experience that all parents pray that their children will be healthy and have opportunity for success. However, with unfunded federal mandates in education, children do not have the opportunity that one expects from a mature society. Sadly, many parent's prayers are falling on deaf ears and hope is shattered by sound-bites from Washington. Their words are empty because there is money to back up the initiatives.

Instead of having the courage to stand up as a unified governing body and say no to Washington, the debate in Austin rages on unsuccessfully. The Texas Legislature is wringing its hands and wrangling over funding initiatives that further drain money from Texans' pockets.

Left unchecked, spineless and passive Austin Legislators will soon be launching a state income tax. Suffering, bankruptcy, and higher local taxes is the result of unfunded federal mandates. Washington must fund their mandates. These unfunded mandates are designed to undermine public education. We must draw the line and demand better for Texas or accept less for our special needs citizens. It's not rocket science.

As I write this, $350,000,000,000 has been "invested" in Iraq. If we simply divided that same value among the 50 states of the union, it comes to $7,000,000,000 per state. If we divided it on a per child basis it comes to rougly $5,755 per child (based upon statistics from CIA World Factbook. This is opportunity lost. If even a fraction of this found its way toward satisfying the education madates already established we would be a stronger and healthier nation. This is a direct example of how our youth are another sacrificial lamb on the Washington alter of political insanity.

The measure of a nation can be determined by how it invests in its future generations. To bleed good education away from the common pool of opportunity for a few desperate exceptions is bad management. Our government is charged with investing in our future and those investments must be measurable and responsible. Do I need to remind anyone who's money it is that they are so wrecklessly tossing around?

The measure of a nation can be determined by how it treats those with special needs. I'm not talking about gifts, freebies, or hand-outs. This is honest to goodness caretaking in the deepest sense of the word. Our government's compassion must go beyond words and deliver real value to the citizens. Do I need to remind anyone who's compassion it is that our government is distributing?

Thomas Paine warned of this in Section IV of Common Sense(1776):

Can we but leave posterity with a settled form of government, an independant constitution of it's own, the purchase at any price will be cheap. But to expend millions for the sake of getting a few vile acts repealed, and routing the present ministry only, is unworthy the charge, and is using posterity with the utmost cruelty; because it is leaving them the great work to do, and a debt upon their backs, from which, they derive no advantage. Such a thought is unworthy a man of honor, and is the true characteristic of a narrow heart and a pedling politician.

Of course, a misanthrope might simply give up in disgust and acknowledge America's hypocritical nature and embrace Darwinism with integrity... be a good, complacent, Middle American and do nothing. To hell with those with special needs...

I think I'll continue clinging to what vestiges of humanity I have remaining.